Things to Do Here 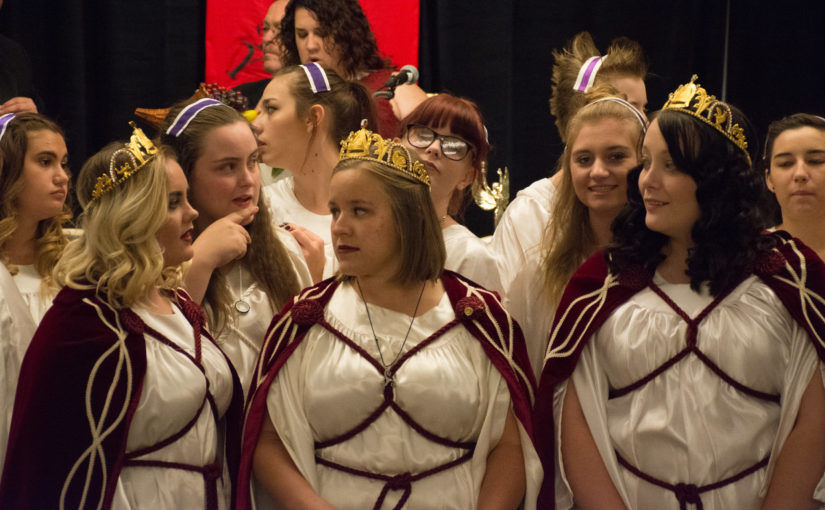 Job’s Daughters is about girls having fun – being who they are and becoming what they want to be! As members of Job’s Daughters (Jobies) we have parties, dances, family picnics, slumber parties, do community service and develop life-skills!  As Jobies, we are able to gain leadership experience, be a part of a team, and run our own meetings using parliamentary procedure and makes friends that last a lifetime!  Some people even say we are similar to a sorority, but for girls 10-20 years old!

“In all the land were no women found so fair as the daughters of Job;
and their father gave them inheritance among their brethren.”

Founded in 1920 by Mrs. Ethel T. Wead Mick, Job’s Daughters International is an organization of young women boasting over 10,000 members in the United States, Canada, Australia, the Philippines and Brazil. Job’s Daughters was founded during the height of the Women’s Suffrage Movement, and just a few months prior to the ratification of the 19th Amendment to the United States Constitution, which gave women the right to vote. Mrs. Mick was a progressive woman wanting the absolute best for her daughters and their friends. She recognized that women’s roles were changing, and that the opportunity for women to redefine their place in society was nearing.

Mrs. Mick saw parallels between the challenges women faced as they fought to be accepted as equals, and those trials told in the Old Testament Story of Job. As Job was true and steadfast to his faith throughout the story, and never faltered, women would need to be determined in their fight to become equal participants in society, despite the inevitable setbacks they were sure to face. She was fond of Job 42:15, “And in all the land were no women found so fair as the Daughters of Job; and their Father gave them inheritance among their brethren.”

To find a Utah Bethel near you
Click Here

To have more information sent to you
Click Here